Thomas Keight founded the company in 1981, earning a reputation for managing every detail with sensitivity and empathy. 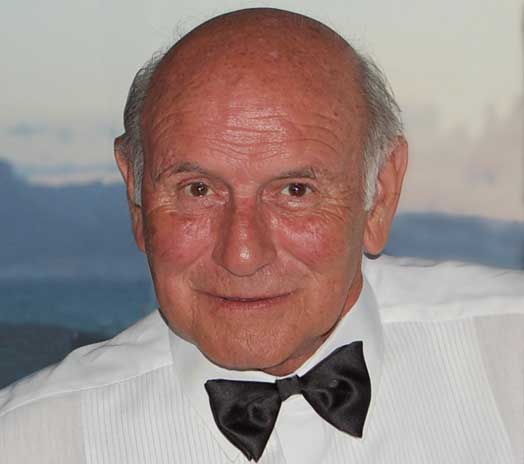 Thomas Keight was born in England in 1943 where at the age of 16 years, he entered a 5 year apprenticeship with a local Funeral Director learning all the aspects of the business including hand crafting coffins, embalming, documentation and conducting funerals as well as attending art college two nights a week to become a qualified monumental mason.

In 1981, Thomas, with encouragement from doctors and ministers who believed Johannesburg needed a private funeral company that would give a more personal service, started Thom Kight & Company. He became very well known as “The Gentleman Undertaker” resulting in the company going from strength to strength.

Sadly, in December 2015, Thomas succumbed to a sudden massive heart attack. He was a legend to the funeral industry and his legacy lives on through his son Neil Keight who has now headed Thom Kight & Company and worked alongside his Dad for the last twenty five years.

Thomas was married to his wife Diana for almost 53 years during which time their family grew to four children, eight grandchildren and two great grandchildren.

We provide high-quality services in line with the Industry's code
of practice standards and professional ethics.

Quality and standards are what bereaved families assume, want, and expect from funeral directors. We are a member of the World Organisation of Funeral Operatives (FIAT–IFTA) and a founding member of the Independent Funeral Directors Association of Southern Africa (IFDA). To maintain high standards, our staff undertakes continued training and reviews professional practice standards.